The Expendables are a group of Elite Mercenaries who runs missions for government agencies such as the Central Intelligence Agency. With team members consisting of (Barney Ross, Lee Christmas, Galgo, Yin Yang, Doc, Gunner Jensen, Toll Road, Hale Caesar, Billy "The Kid", John Smilee, Luna, Thorn, Mars, Hammer, Woodsman, and Tool), with the assistance of allies Maggie, Trench Mauser, Mr. Church, Booker, Max Drummer, and Bonaparte. It is compose with men between the ages of 20 to 70 to complete the mission whenever it is, accomplished or failed. 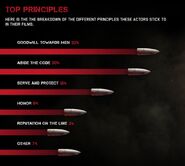 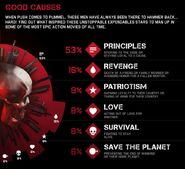 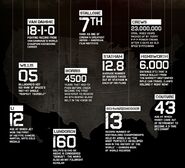 Add a photo to this gallery
Retrieved from "https://expendables.fandom.com/wiki/The_Expendables_(group)?oldid=15542"
Community content is available under CC-BY-SA unless otherwise noted.